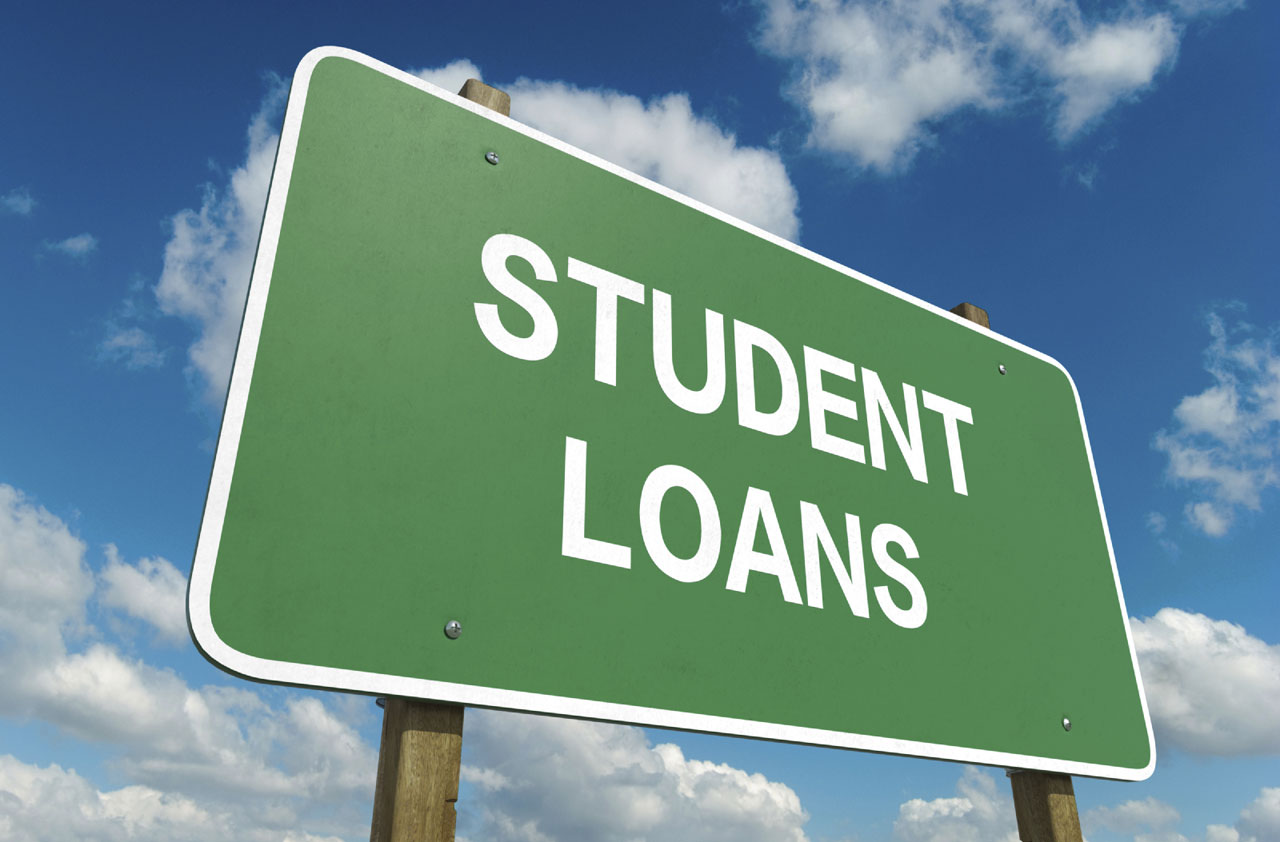 This post contains references to products from one or more of our advertisers. We may receive compensation when you click on links to those products. For an explanation of our Advertising Disclosure, visit this page.

Applying to college is one of the most stressful endeavors a student has to endure. Choosing a school and major is tough enough, but prospective students are often woefully unprepared for the loans they’ll be signing up for. You probably haven’t spent much time calculating how interest works or understanding terms like amortization in your spare time. These loans cost tens of thousands of dollars for most accredited universities and most new students aren’t even aware of the difference between federal and private loans!

In this guide, we’ll be looking at a few things students should know when applying for federal aid for college. The government can be pretty generous with their loan terms, but it’s still critical for borrowers to understand what they’re getting into. In fact, if you choose a certain career and stay on top of your payments, you might be eligible to have your federal loans completely forgiven! We’ll discuss forgiveness programs along with seven other important facts below.

1. Almost Everyone is Eligible for Federal Student Loans

The federal government is generous with their college lending and nearly all applicants will be approved for some kind of loan. Four different types of loans are offered in total, but most borrowers will go through the William D. Ford Federal Direct Loan Program. Here are the options:

2. The FAFSA Form is How You Apply For Federal Aid

FAFSA stands for Free Application For Federal Student Aid, which is one of the more handy acronyms for a government program. Like the name suggests, the FAFSA is free to fill out and determines how much aid prospective students are eligible to receive. If you’re a dependent student (under 24 years old and attending as an undergraduate), you’ll need some your parents’ information too.

The easiest way to fill out the FAFSA is online by creating an FSA ID. The FSA ID is a username and password you’ll use on the various government student loan sites after being awarded your loan. Make sure you write down your username and password – you’ll be using them frequently during your college career. You’ll need to provide your social security number and driver’s license number. Your parents will need both of those, but also financial documents like income statements, tax returns, and reports on investment holdings.

The FAFSA form must be filled out every year with updated financial information, so don’t forget your FSA ID!

3. The Average Amount Borrowed on Direct Loans is Over $6000 Per Year

Not-so-breaking-news: college is getting more and more expensive, but there might be light at the end of the tunnel. Take a look at this chart from CollegeBoard.org – undergraduates are taking out more per year than they were fifteen years ago, but less than they did five years ago. In 2002, the average undergraduate on a Direct Loan took out $6320 per year for college. By 2013, that number had risen to $6790. But somewhat surprisingly, borrowers only took out $6570 per year, a decline of 3%.

During the same time period, Direct Subsidized and Unsubsidized Loans for graduate students have been in a steady decline. In 2002, borrowers took out an average of $20,420 per year. By 2018, that number had decreased to $18,860.

The news isn’t as rosy for PLUS Loan borrowers. Both undergraduate and graduate PLUS Loan borrowing is on the rise. Undergraduate PLUS borrowers are taking out 29% more in 2018 than they did in 2002. Meanwhile, graduate students became eligible for PLUS loans in 2007 and took out an average of $19,960. Ten years later, they’re borrowing an average of $24,810, an increase of 20%.

In the grand scheme of lending, the rates on federal loans really aren’t that bad. Personal loans for folks with great credit still carry interest rates between 8-12% and credit cards hit you with APRs over 20%. For student loan borrowers, you’re getting a much better deal from the government than you’d find from private lenders, who often have interest rates over 8%.

Here’s a list of the 2019 interest rates for the different types of student loans:

Rates on federal student loans are increasing following a steady period of post-Great Recession decline. Direct subsidized loans had interest rates around 3% from 2011 to 2013 while unsubsidized loans were at 3.67% as recently as June 2017.

Additionally, you’ll pay a fee of around 1% for Direct Loans on top of the interest rate. PLUS Loan borrowers, you might want to sit down – your fee is over 4%!

The concept of amortization is something all loan borrowers should understand, but especially student borrowers who won’t be making large incomes when it comes time to pay back their loans. All loans are made of three components: principal, interest, and fees. Fees are an easy concept to understand, but principal and interest are a little more complex.

Amortization in lending refers to fixed rate of repayment over a period of time. However, principal and interest are NOT paid back at a constant rate during the life of the loan. During the early years of repayment, a large majority of the minimum monthly payment goes only to interest. Principal is reduced slowly over these early years and borrowers can get frustrated when their total balance doesn’t move much. Later on during repayment, much more of the minimum is paid to principal.

It’s easy to get frustrated by confusing loan terms. Ask your loan servicer for an amortization table so you know exactly how much of your payment is going to interest. And if it’s possible, may more than the minimum early on. Any payment you make over the minimum goes directly to principal. Even if it’s only $20 per month, paying extra early can reap huge dividends later.

The standard repayment plan for federal student loans takes 10 years. However, many borrowers won’t be able to meet this goal due to income restraints. If you’re working in an entry-level job and struggling to pay your loans, the federal government gives you four income-based plans to help with repayment. Ready for more clever acronyms?

Defaulted and delinquent loans are not eligible for income-based repayment plans. You’ll also need to certify (and re-certify) your income each year. To find out which plans you might be eligible for, visit the Federal Student Aid website.

7. Public Servants Can Have Their Entire Federal Loan Balance Forgiven

Certain graduates working in the public sector could be eligible for complete forgiveness of their federal student loans. Under the Public Service Loan Forgiveness (PSLF) plan, teachers, healthcare providers, and government workers can have the balance of their loans wiped out after 10 years of payment.

To qualify, you’ll need to work in an eligible field. Most government offices and Section 501(c)(3) tax-exempt organizations meet the requirements for the PSLF program. (Check the website to see if you meet the criteria). If you work in a qualified field, you must first apply for an income-based repayment plan. Once on an income-based plan, you’ll have to make 120 on-time payments, but they don’t have to be consecutive. Like most government plans, you’ll need to recertify every year and apply for forgiveness once you’ve made 120 payments. You can find all the necessary applications here.

8. Federal Loans Are Serviced By Many Different Companies

Student loans are awarded by the U.S. Department of Education, but you’ll actually be repaying a company called a student loan servicer. After making the loan, the federal government passes the loan off to one of these servicers, who in turn disperse the funds, bill the borrowers, track payment schedules, and (ahem) deal with customer complaints. That one last tends to be a point a contention amongst borrowers. Your individual loans may vary, but most borrowers deal with one of the big four: Navient, Nelnet, Great Lakes, and FedLoan. And unfortunately, these loan servicing companies don’t have the greatest reputations.

These companies are for-profit companies and at times maynot have your best interest at heart.  If you feel let down (or worse) by your loan servicer, make sure to contact them using one of the phone numbers here. And Navient customers, you should pay extra close attention to their pending lawsuit. The Consumer Financial Protection Bureau (CFPB) has put the nation’s largest loan servicer squarely in their crosshairs for “failing borrowers at every stage of repayment”. The CFPB claims Navient repeatedly gave borrowers incorrect information, failed to process loan payments properly, and coerced borrowers into repayment plans that weren’t in their best interests. Yikes.

In the US, The federal government has adopted a federal student loan system to help with upward mobility, but it can come at a cost. Student loans are a complex and contentious issue amongst graduates as many borrowers don’t see any relief on the horizon. If you’re struggling with federal loan payments, don’t hesitate to explore the different federal repayment plans, especially if you work in the public sector. You may also want to consider student loan consolidation or see how student loan refinancing can help relieve large monthly payments and high interest rates potentially saving you thousands over the life of the loan.

The comments on this page are not provided, reviewed, or otherwise approved by the bank advertiser. It is not the bank advertiser's responsibility to ensure all posts and/or questions are answered. Editorial Note: The editorial content on this page is not provided by any bank, credit card issuer, airlines or hotel chain, and has not been reviewed, approved or otherwise endorsed by any of these entities. 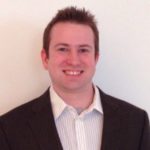 Dan is a financial research and analysis expert.  He has been sharing his research on personal finance for years and has previously been published on Benzinga and Loan Gifting.